Top
You are here: Home / Recipes for YOU! / Golden Milk; a classic Ayruvedic Remedy full of benefits

Turmeric is the herb to be heard these days. It is orange, spicy and amazing for the body. All sorts of benefits are being shown and clinically studied in regards to Curcuma longa. As modern herbal lovers, some of us need to know the science behind it all. In Ayurveda Traditions, Golden Milk has been a staple medicinal for thousands of years.

Turmeric – Curcuma longa also known in as Indian saffron has been a staple of Ayurveda and Traditional Chinese Medicine practices for thousands of years. Its use is dated back 4,000 years making it an ancient medicinal herb.

Turmeric is derived of the Latin word terra merta or mertirous earth. And in Indian Sanskrit there are 53 names for Turmeric. Names like anestha – not offered for homa (or sacrifice), bhadra – auspicious/lucky, dhirghara – long in apperance, hirdayarilasini – charming, or gives delight to the heart, jayanti – one that wins over disease, laxmui – prosperity, ratrimanika – as beautiful as moonlight. The list continues as to the beloved names of turmeric.

It was known centuries ago and now modern science realizes the many remedies of turmeric. Turmeric is an anti-inflammatory, anti tumor, full of antioxidants, antiseptic, cardioprotectant, hepatoprotectant and digestive. Not only this but it strengthens the body and greatly increases circulation to the brain. There are studies showing turmeric to be decreasing to dementia, Alzheimers, and degenerative brain functioning. For a healthy vibrant human, it will increase memory, and strengthen the nervous system. This list being justthe tip of the iceberg in regards to the remedies of turmeric.

This herb is well known as a health food. It is spicy, and floral. It’s taste is spicy and sweet all in the same bite. It flavors soups, and makes an excellent tea. Many cultures love this plant as Ginger is a traditional remedy as well.

TCM, Ayurveda and Western Herbalism all use this plant for wellness. In North America we have a wild ginger that has some of the same properties as Zingiber, but it is not quite as robust. Classic Ginger grows in tropical environments best. I loves warm temperatures and thrives in humidity. I have seen it prosper in some green houses, even out here in the Rockies. But the crop doesn’t tend to be plentiful.

As a medicine, Ginger holds many actions. Like Turmeric, it is an antioxidant, and anti-inflammatory. As well as it being incredibly stimulating to the circulatory system. Hot bodies will be cooled, by perspiration and cold bodies warmed with increase of blood flow. It is indeed a perfect companion to Turmeric in this warming, nourishing beverage.

Cinnamon and Cardamom are both traditional, well known spices for cooking and baking. They are both sweet, but hot as well. Traditionally in our culture we add these two to Christmas and Thanksgiving baking, but they have also been around for centuries. As well as being used in traditional cooking, and remedies in other parts of the world. Studies have started to pop up as to the regulatory aspects of Cinnamon in Blood Sugar levels. They both nourish and regenerate the circulatory systems and are soothing aromatics. Cinnamon and Cardamom make an excellent choice, and prove to be traditional spices for our Golden Milk.

There is much talk about the necessity of Black Pepper accompanying Turmeric for better assimilation. It is thought that it is needed to cross the Blood Brain Barier. As well as making Turmeric more Fat Soluble and there for more useful in therapeutic circumstances.

I have not read studies showing this, but Black Pepper is indeed a tradtional addition to Golden Milk. Whether it is assimilation of Turmeric. Or the stimulating aspects of the plant. Piper nigrum makes an extra warming addition to our Winter Tea.

It is an aromatic. As well as a carminative, rubifacient, and digestive. Black Pepper also has a particular stimulating effect in the production of mucous in our mucous membranes. All of these components of the plant, matching it’s others in the recipe. Adding just a bit will be enough to add to the relaxing, and nourishing aspects of the blend.

As you have begun to grasp here. These herbs were not chosen by accident. They were blended perfectly thousands of years ago by the knowing of the magic of plants. They match in action, effect and taste. Each of the other one playing on sweet, floral, and spicy flavors. Emulsified in a fatty coconut milk makes Golden Milk a perfect Tea for Winter Time and all of the time. 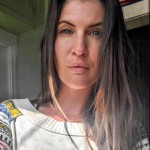 What is your Spirit Plant?

What Goddess are you most drawn to? 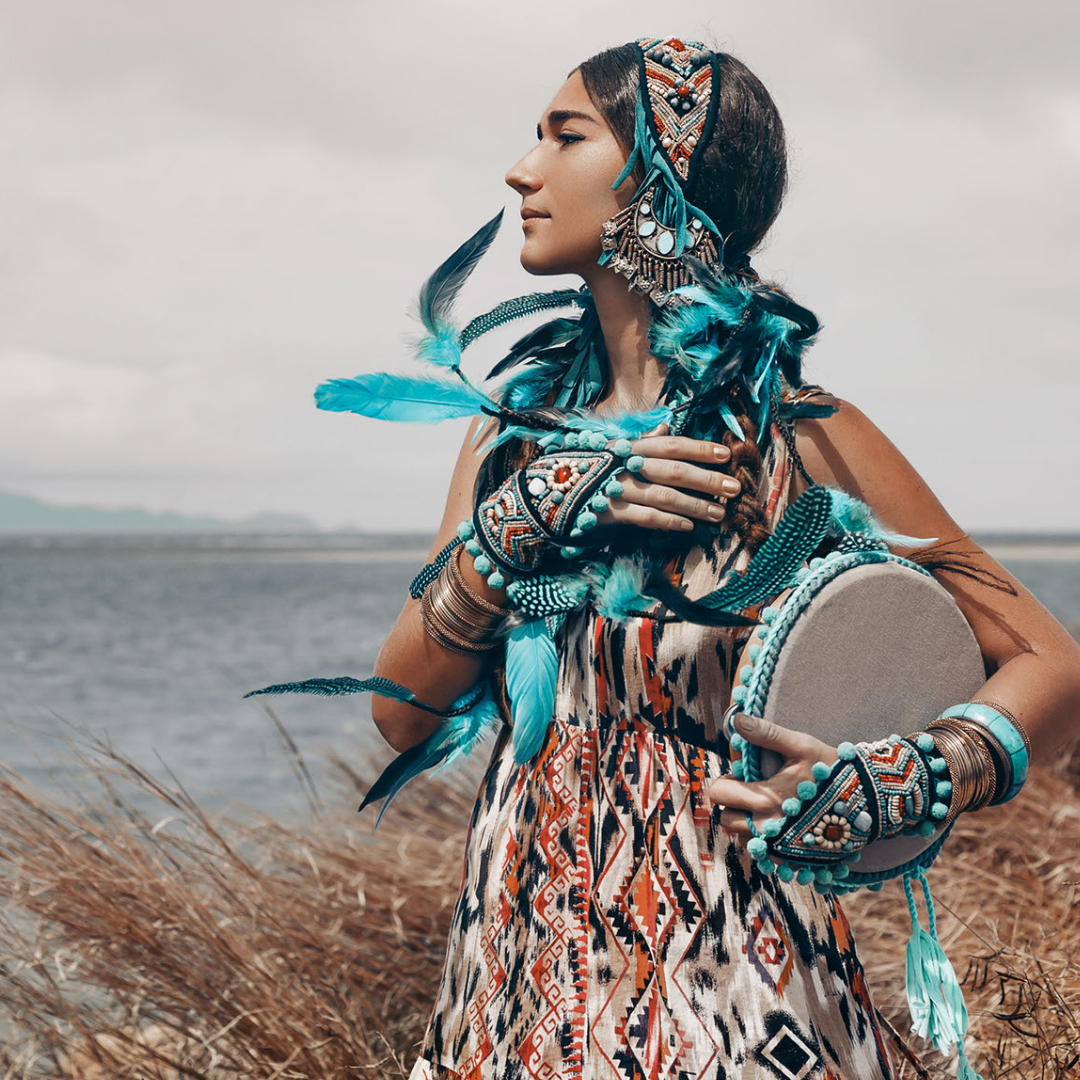 Skip Opt-in
Almost there...
Your results will be emailed to you!

Your Spirit Plant is Pulsatilla

Learning to Let Go, this is the wisdom of Pulsatilla.

YOU are the one who teaches others to gain confidence through Self Respect. Nourishing your and others’ ability to attain a state of Calm & Relax.

You help others, or your-self, to realize how anxiety, worry & stress only feed the intensity of your experiences.

Knowing the teachings of letting go, through the magick of Pulsatilla you are a MASTER of  alleviating depression, anxiety, worry & stress.

Worry will melt away as you teach, or learn, from Pulsatilla’s energy. These sweet purple buttercups are the first ones at the scene come spring.

A sign of new beginnings. Growth. She is the welcome party to the growing season.

The season of vitality, confidence, & adventure.

Pulsatilla’s soft nature will teach you to look inward. Being the first to arrive & the last to let her seeds go in the fall winds.

She whispers… ‘let it all go…”

THIS is Bear Medicine.

Working hard & staying organized. Leading the Pack through your dedication, hard work & reliability. While learning to have some spontaneity through your plans.

You are the mover, the challenger & the planner. You pave the way for others while paying CLOSE & mindful attention to detail.

These energies you hold are grounded deep in the high country of the most potent Mountains.

The one who is the conqueror. The one who reaches the top to show others the way.

How to get there. How to thrive.

You are the medicine of the Bear.

Creative in your ways to reaching all your goals. But you are humble & grounded in the earth.

This path of leader has shown you how to be this.

You are the one that people go to when they need support. You give freely, showing them the way to the top.

Knowing that you were the one to get there & help others feeds your body. Your determination to survive powers you through your work.

But you are nourished in this way.

Knowing when to take the time to go inward. To hibernate. Rest & reflect.

The strength you carry as a warrior of life knows that time for inward motion is needed.

Allowing winter to nourish this side of your needs.

You can go underground while maintaining the win of conquering your goals with grace & excellence.

Variety is your Spice of Life.

You can be vulnerable, soft, loving & open to all within a protected space.

Imagination through your complex depth of love & openness that comes from healthy boundaries.

Creative ways to work with your heart being open while also protecting your spiritual energies.

This keeps you thriving through life. Laughing & dancing within all situations.

You love the festival life. Small gatherings with Friends. You are the Star of every show. The best part? You can teach others to do the same.

When you see someone struggling with destructive habits, you help to show them how to protect themselves without damaging their heart.

Showing how to adventure outside the box of destructive behavior through healthy boundaries that are full of love. you are the guide for others.

Working with their boundary breakdowns to show that one can have healthy boundaries while maintaining their openness & love for all.

You are the protector & leader of this movement of self-care & respect.

You are compassionate towards all others. Giving wisdom that is beyond your years.

Warm & kind. People feel comfortable with you like they are being held by home.

Compassionate, modesty, kindness, loyal, helpful, sensitive, and considerate are just a FEW of your glorious qualities as a human being.

By just being around your energy, you are able to teach others to be more compassionate, less suspicious of others & show them how to work together.

You are wise beyond your years. Always have been, though not a soul who is bogged down by your experiences, this wisdom is a thriving driving force to your path on this planet.

You work with them to show others how they too can grow, flourish & thrive.

Pushing through your experiences, bad, ugly & beautiful experiences of this life.

Cedar’s roots are deep in the ground of the Temperate rain forest. Buoyancy through all the storms is your greatest strength.

This buoyancy holds your deeply spiritual body to show others how the respect of life’s path is yours to hold.

To learn form & move forward with. Because of your compassion all who come to you, feel safe.

You are the keeper of secrets because of this, but you know not to take them on.

You are the social butter fly. The bees favorite place to nestle into. Sociable & chatty, you articulate your needs beautifully.

With love in your heart, you radiate pure beauty. You strive to give & receive affection. Your thorns keep you assertive through your happy nature.

Knowing what you want. When you need it. But also letting others know when they have crossed the line. You thrive on other’s energies, showering you with love & attention.

Your heart grows bigger & bigger. Wanting to give more & your energy is replenished through this!

Healer through love & admiration of those around you. Your ability to work closely with the divine is not mistaken.

You & Peony who is tucked away have this in common. Through love of self & those around you.

The connection to the divine is clear.

You are the most rare Peony. You thrive on alone time… we find you most perfectly tucked away in the forest.

You thrive on this space of quiet. Stillness.

When you join the party, you are social, charming & adored. But this is not your place of thrive.

Your creativity & imagination whirl when you are with self.

Nourishing your calm, quiet soul to be the best you can be. Though you don’t always articulate your needs with a crowd & are referred to as shy.

You & those closest to you know the truth. Your space. With your closest allies is a deep, nook of the mountains where you are the brightest star.

Soft & floral. Your nourishment comes through this delicate potency.

Helping to soothe those around you through the soothing feeling of self. Circles of close friends are strengthened by your presence.

You are a master of self-care that is attainable & others around you know this to be true.

Through this self-love & care you are a direct conduit to the Divine nature through love. Something you & the Rose have in common.

Tea Time... It's true, you guys, I make Tinctures

Another truth about me? I do indeed hear the plant

While I do love all the chemical reactions of the

Looking for a natural pain relief that truly works

Pedicularis & Clematis, the duo that completes the

HEATHER, THE Herbalist of the Rocky Mountains Read More…